In June 2022, Irish National Opera presented its first Youth Opera Horse Ape Bird. This opera was specially commissioned by Irish National Opera in 2021. The opera examines how humans have at various times during the 20th attempted to communicate with animals and why. In autumn 2021 the company issued a call for young people (aged 12 - 18) from counties Meath and Kildare to participate in the project. 16 young people were selected and rehearsals for the piece began in January 2022.

The piece was produced professional creative and technical teams. In June 2022, the young people were joined by two professional opera singers and one professional actor for the final weeks of rehearsals. The young people acted as the chorus in the piece and also played several other smaller roles. The opera was presented to the public on 24 and 26 June. 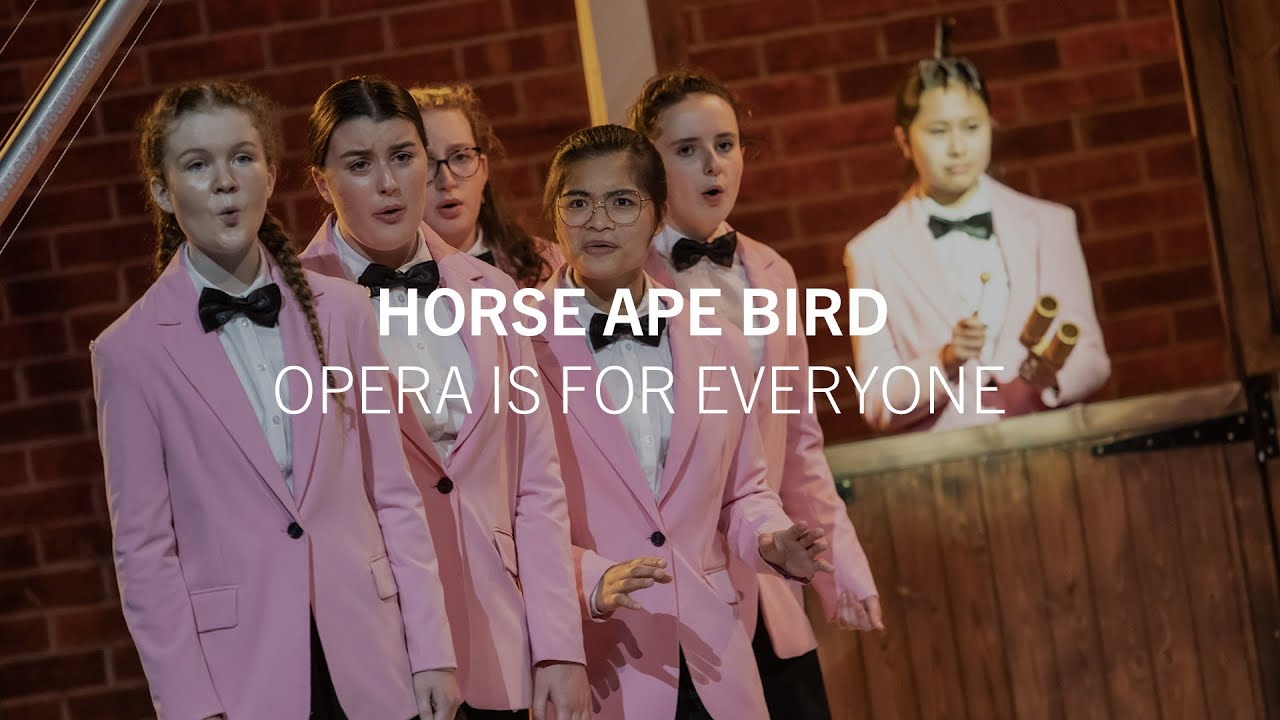